Why Paris Reveals the Horror – and the Hypocrisies – of Global Terrorism

Why Paris Reveals the Horror – and the Hypocrisies – of Global Terrorism

Originally posted at Occupy.com on 17 November 2015 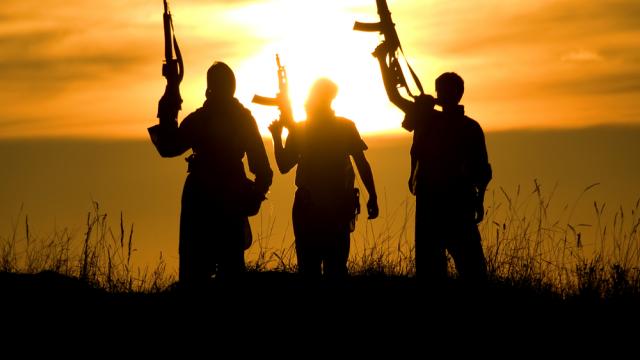 The world was shocked and horrified at the terror inflicted upon Paris on the night of Friday the 13th, 2015, when ISIS-affiliated militants killed well over 100 civilians in one of the world’s most iconic cities. An outpouring of grief, solidarity, support and condolences came in from across the world. The tragedy, and tyranny, of such terror cannot be underestimated, but it should also be placed in its global context: namely, that the chief cause of terrorism is, in fact, terrorism, and that the chief victims are the innocent, wherever they may be.

While ISIS claimed responsibility for the attacks, following attacks the group undertook in previous days in both Beirut and Baghdad, it is worth remembering and reflecting on what led to the development of ISIS itself. The so-called Islamic State had its origins in the Iraq War, launched by the United States and closely supported by the United Kingdom in March of 2003. After overthrowing Saddam Hussein, a dictator once favored by the U.S., the occupying powers struggled to deal with a growing Sunni insurgency against their military occupation. In response, the U.S. helped create death squads in Iraq that further fueled a sectarian conflict between Shi’a and Sunni communities, which likewise fueled a growing regional rivalry between Shi’a Iran and Sunni Saudi Arabia.

The resulting civil war in Iraq killed hundreds of thousands, and the U.S. aligned itself even more tightly with Saudi Arabia, a country the West considers to be “moderate” in comparison to both Iran and Syria, yet it was the primary financier of al-Qaeda. The broader aim, in Iraq and across the Middle East, was to support the regional hegemony of the West’s allies – Saudi Arabia and other Gulf Arab dictatorships – against their chief rivals, Iran and Syria. If it meant supporting the countries that supported al-Qaeda and other terrorist groups, so be it.

After all, it has never been much of a secret that the Saudis and their Gulf neighbors were the major financial backers of global terrorists; even then-Secretary of State Hillary Clinton admitted as much in a memo leaked by Wikileaks. Nor was it a secret that Saudi Arabia was responsible for more destabilization and terrorism inside Iraq than Iran, which nonetheless received most of the blame.

The Saudis and the Gulf dictatorships are U.S. and Western allies, with immense oil riches that have made them some of the largest investors and shareholders in Western banks and corporations. Iran and Syria, on the other hand, are not.

Al-Qaeda did not exist inside Iraq until after the U.S. invasion and occupation. Over the years, since the war and occupation began, the group has undergone a number of name changes and transitions. One such evolution of the group is the al-Nusra front. And another is now known as the Islamic State, or ISIS.

Origins of the Current Terror

When the Arab uprisings began against Western-supported dictators back in late 2010 and early 2011, the U.S. and its key Middle East allies faced an unprecedented crisis. The longtime French and U.S.-supported dictator of Tunisia, Ben Ali, fled his country in January of 2011. The following month, it was Egypt’s dictator, Hosni Mubarak, a “family friend” of Hillary Clinton’s, who had to leave.

The Saudis and other Arab dictators were furious that the U.S. could toss one of its major regional clients aside, fearful that if Mubarak could be removed, any of them could be next. Thus, Saudi Arabia and other Arab dictators led a counter-revolution against the Arab Spring, pouring in money to support dictators they considered friendly (such as in Jordan), sending in troops to violently crush uprisings (such as in Bahrain), and arming rebel groups and terrorists against long-time foes in an effort to take advantage of the uprisings and undermine their rivals (such as in Libya).

In Libya, NATO led a war against long-time dictator Colonel Gaddafi in cooperation with many extremist rebel groups, including al-Qaeda. France and Britain were the main proponents of the war against Libya, which is hardly surprising given that both countries have hundreds of years of experience invading, occupying, colonizing and waging war against peoples of the Middle East and Africa. The war in Libya was of course a monumental disaster. While it removed a dictator long despised by both the Western powers and the Gulf Arab dictators, its ultimate effect was to plunge the country into civil war and chaos, terrorism and collapse.

Meanwhile, the weapons looted in Libya during the war began making their way into neighboring Mali and the more-distant Syria. As the arms crossed borders, so too did terror and warfare, and the French weren’t far behind. In early 2013, France launched airstrikes in Mali, leading to a ground invasion that ended in 2014. Around the same time, France also military intervened in the Central Africa Republic.

In 2013, Western powers including France, the UK and U.S. began increasing their participation in the Syrian civil war, which was already a full-blown regional proxy war pitting Syria’s government, led by Bashar al-Assad allied with Iraq and Iran, against Saudi Arabia, Qatar, the United Arab Emirates, Jordan and Turkey. The Gulf dictatorships armed and funded religious extremist sects to fight against the Syrian government, and were aided in this process by Western countries.

The U.S., France and Britain provided training and support to so-called “moderate” rebels inside Jordan to fight against the Syrian government. The CIA has been involved in arming and training Syrian rebels at least since 2012, in close cooperation with Turkey, Saudi Arabia and Qatar. The official line stressed that the CIA’s efforts aimed to prevent weapons from getting into the hands of extremist groups like al-Qaeda – yet virtually all of the rebel groups it was aiding inside Syria were hardline religious extremists.

Even as reports emerged that secular and moderate rebel groups had all but collapsed, the CIA continued to funnel more sophisticated weapons (in cooperation with Saudi allies) to these mythical “trustworthy” rebel groups. France was not far behind in delivering arms to Syrian rebel groups.

Around the same time, an internal CIA study noted that in its decades of experience arming insurgencies against regimes that the U.S. opposed, the agency’s efforts had largely failed. The main “exception” to the litany of failures, ironically, was when the CIA armed and trained the Mujahideen in Afghanistan against the Soviet Union. That “success,” as we now know, led directly to the creation of al-Qaeda and the Taliban.

With all the support given to Syrian rebel groups in the form of training and arms, those same groups quickly became enemies of the West that had armed and trained them. This includes ISIS, whose rise was fueled by U.S. involvement in both Syria and Iraq, and who is funded and supported by key U.S. allies in the region such as Saudi Arabia, Qatar and Turkey.

In fact, a report prepared by the Defense Intelligence Agency in 2012 predicted the rise of ISIS, noting that such al-Qaeda-affiliated groups were the “major forces driving the insurgency in Syria,” and added that they were being supported in their efforts to take over large parts of Syria and Iraq by “western countries, the Gulf states and Turkey.” Further, the document noted, this was “exactly what the supporting powers to the opposition want, in order to isolate the Syrian regime.” A former Pentagon official who ran the DIA even suggested that the U.S. not only didn’t “turn a blind eye” to its support of such groups, but that “it was a willful decision.”

Here is the takeaway: the Syrian civil war, combined with the effects of the Iraq war, Libyan war and other conflicts in the region that were fueled by Western powers and their regional allies, has resulted in the massive refugee crisis Europe faces today, as millions of civilians flee the conflicts plaguing their nations while Western powers continue to pour weapons and money into them. Conflict and terror has bred further conflict and terror.

Yet when terrorism hits inside Western nations, like it did Friday in Paris, the reaction by Western governments is fairly, and tragically, typical. The Paris attacks occurred less than two months after France began launching air strikes against ISIS inside Syria, and have already prompted calls for a more aggressive strategy against ISIS in the future. So what can we expect as a result? Simply, more terror.

In short, if the objective is to oppose or prevent terrorism, the most logical strategy is not to dismantle civil liberties at home and send militaries and weapons abroad, but to stop participating in terrorism itself. This does not take away from the tragedy of the lives lost in Paris on Nov. 13, but the hypocrisy in how we acknowledge and address terrorism only enhances the tragedy. French President Francois Hollande called the attacks that killed 129 people an “act of war,” which it was. But in turn, he declared that “France will be merciless” in its response, and this is something we have yet to see.

If 200,000 dead Syrians, millions of refugees, and regional warfare spreading from state to state is considered “merciful” participation by Western nations in Middle East conflicts, the terror that might now be unleashed abroad – and the new terror that will, inevitably, once again wash ashore as a result – is indeed something to fear. To end terror, perhaps Western states should consider stopping its own participation in terror. In the very least, it would be a first step in the right direction.

Wikileaks and the Worldwide Information War

Yemen: The Covert Apparatus of the American Empire

The Imperial Anatomy of Al-Qaeda: The CIA’s Drug-Running Terrorists and the “Arc of Crisis”